Serge Aurier has taken to Instagram to reply to a Tottenham Hotspur fan account who speculated about his career in North London..

The fan account in question were summarising a report from the Daily Mail which claimed that the Ivorian was fighting for his future at the Premier League outfit.

It is claimed that Aurier left the Tottenham Hotspur Stadium at half time during the defeat to Liverpool after being brought off by Jose Mourinho.

Aurier found himself out of position to be able to track the run of Sadio Mane which led to the opening goal of the game on the cusp of the half time whistle.

The former PSG man replied to the post from thfc.fans featuring his photo and summary to say ‘Stop talking sh*t’ along with a winking emoji. 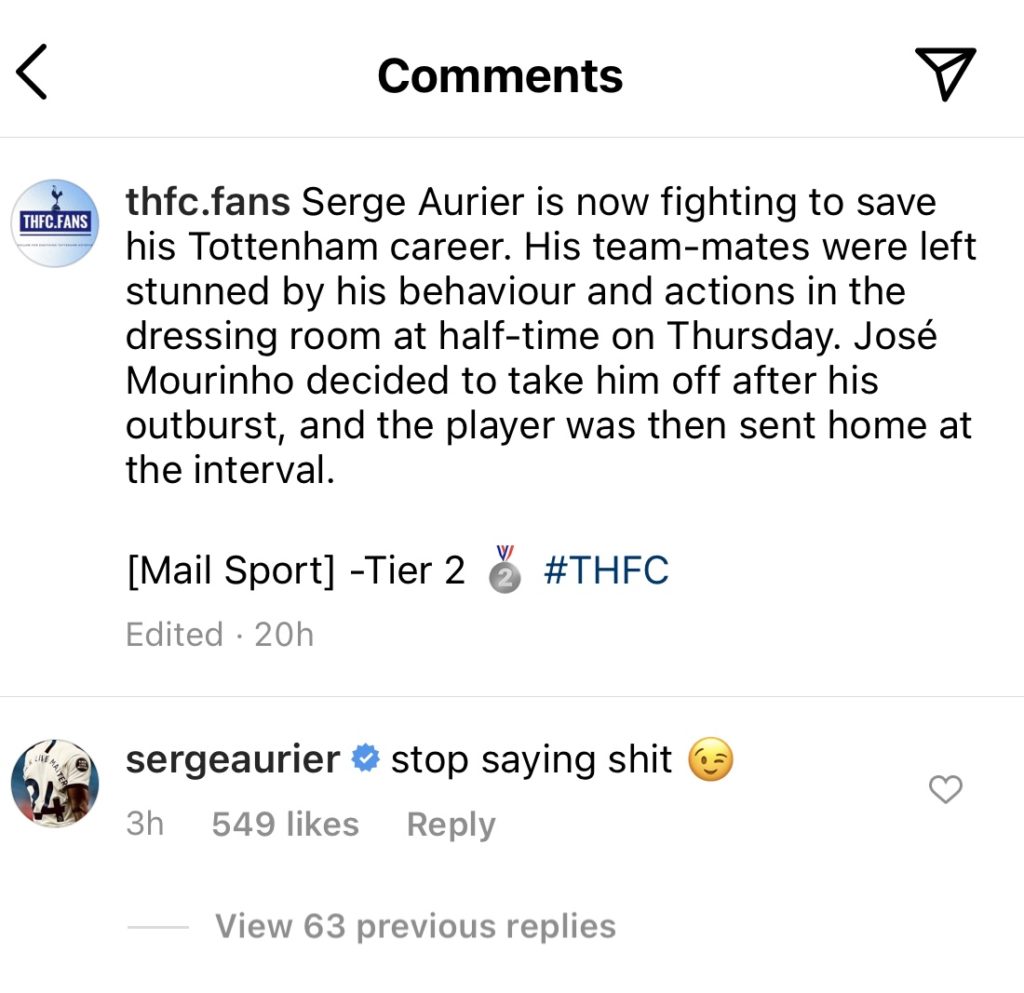 Whether Aurier is included in the squad to face Brighton this evening may give an indication into Mourinho’s feelings towards the defender if he did indeed leave N17 way in advance of the final whistle.