Home News Serie A club’s approach for Spurs star interpreted as troublemaking rather than...
1
SHARES
ShareTweet

According to a report in Quotidiano Sportivo (as relayed by Sport Witness), Inter Milan are not serious in their efforts to sign Jan Vertonghen and instead just want to hinder Fiorentina.

The Belgian central defender is not expected to be at Tottenham next season, with clubs in Italy said to be keen on snapping him up when he becomes a free agent (Calcio Mercato).

Inter Milan are reported to be among the clubs who are keen on landing the 33-year-old.

However, La Nazione (via Football.London)  suggested earlier this week that Fiorentina were the side who were best placed to land the Spurs stopper and were said to be ready to begin talks with the former Ajax player.

Quotidiano Sportivo (via Sport Witness, now claim that Inter’s interest in Vertonghen is not serious and that the Nerazzurri’s approach for the defender is a strategic move aimed at ‘troublemaking’.

It is said that Antonio Conte’s side want to sign Federico Chiesa from Fiorentina, and with the Viola unwilling to lower their valuation of the winger, Inter have decided to put pressure on them by moving for Vertonghen. 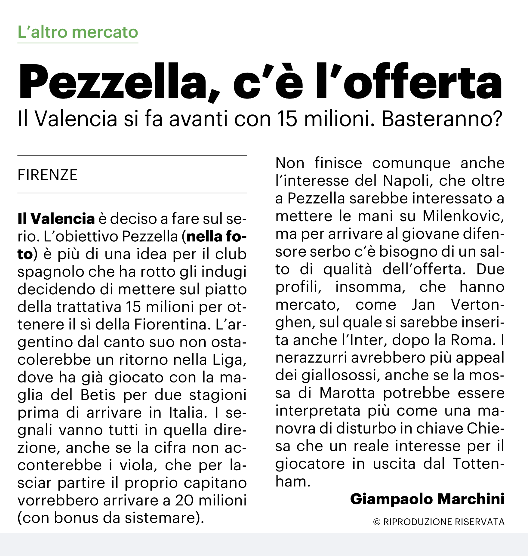 There seems to be an almighty scramble among Italian clubs to snap Vertonghen up. I am certainly not surprised by this as the pace of the game in Italy will suit the Belgian, who is still a very good defender despite seemingly losing a yard of pace. He could have two or three more solid seasons in the Serie A before hanging up his boots.