Some Tottenham fans on social media are convinced that Oliver Skipp is going to be a star in the future on the back of his recent performances for Norwich City.

In stark contrast to Troy Parrott, who has had a torrid time at Millwall, Skipp has taken the Championship by storm this season.

The midfielder has been one of the Canaries’ best players and his consistent displays have been a key reason why Daniel Farke’s side currently sit at the summit of the table.

The Spurs academy graduate has been hailed as a future Tottenham captain by Jose Mourinho and he is certainly showing this season why the Spurs boss rates him so highly.

The midfielder went on a brilliant run against Watford on Saturday, where he carried the ball almost the length of the pitch before playing in a brilliantly weighted through ball.

The video has gone viral on social media and some fans cannot wait to see him back in Spurs shirt.

A few even suggested terminating his loan deal and recalling him to the club in January.

The way Oliver Skipp dictates a game, truly one of a kind

Oliver Skipp is generational pass it on
pic.twitter.com/YzxumSfEix

Recall that Oliver Skipp and give him Winks’ shirt number

One of the reasons I do not think we need to rush to sign a back up for Pierre-Emile Hojbjerg in January is because I am convinced Skipp is ready to play at least 15-20 games for us next season. Hopefully, he continues performing at the same level for Norwich, helps them promotion and returns to Spurs in the summer full of confidence. 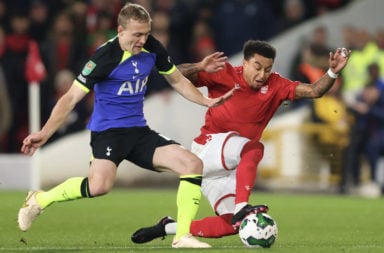 Conte comments on Doherty, Bissouma, and Skipp after win over Brighton 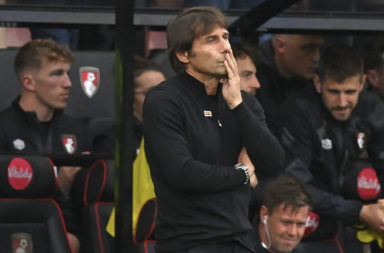 Conte comments on Spence, Doherty, and Skipp minutes this week

Report: Some at Norwich thought Spurs starlet was better than Maddison in 2018