Home App ‘Someone we have a pay a lot of attention to’ – Eric... 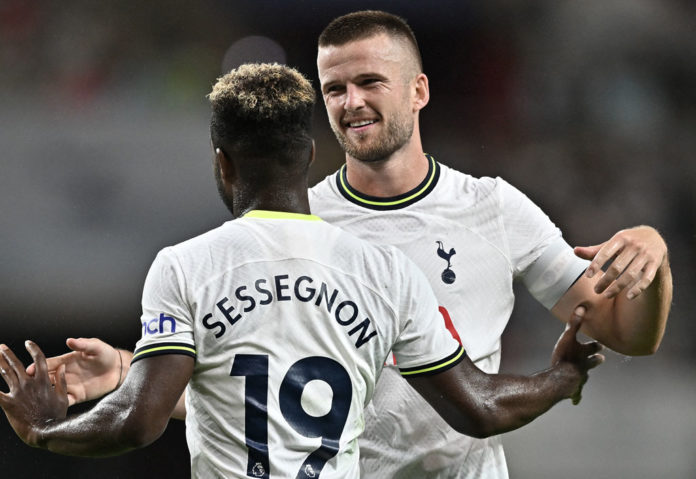 Eric Dier has lauded Marcus Edwards for his progress over the last few years and admitted that Tottenham will have their work cut out to keep him quiet this evening.

Edwards came through the Spurs academy and trained with the likes of Dier before being handed his senior debut by Mauricio Pochettino in 2016.

However, the youngster departed the north London club to join Vitoria Guimaraes in the summer of 2019 in search of regular first-team football, and his decision has been vindicated.

On the back of his impressive displays at Vitoria, Sporting snapped up the 23-year-old during the January transfer window and the winger has made a promising start to life in Lisbon.

Edwards was the star of the show for Sporting in their 3-0 win over Eintracht Frankfurt in Germany last week, with the former Spurs man scoring one and assisting another to open their Champions League campaign with all three points.

Dier, who is well aware of the Tottenham academy graduate’s talent, insists that he and his teammates will be wary of the silky left-footer.

When asked about Edwards in the pre-match press conference on Monday, the centre-back said (via BeanymanSports): “Yeah. I remember him well. He trained with us for a few years when he was at Tottenham. I think he is a very talented player, technically very very good. He’s someone we have a pay a lot of attention to tomorrow.

“I think he has done extremely well since he arrived. I think it is very difficult to come to a new country and play in a different league, leaving the situation he was in at Tottenham to play regular football and to go to the team that he went to and do so well. Then obviously, Sporting bought him from there. I think he can be very proud of himself.”

Dier also backed Edwards to make the England squad in the future if he keeps developing the way he has.

Edwards will certainly have a point to prove against his former employers this evening and he will certainly pose a threat with his ability to carry the ball. I expect Conte to start Sessegnon over Perisic at left wing-back in order to nullify the 23-year-old’s pace.