The Uruguayan Football Association have confirmed that Rodrigo Bentancur will miss their upcoming international friendlies due to an injury.

Bentancur has transformed Tottenham’s midfield since arriving from Juventus in January and has played a key part in the club’s march to Champions League qualification.

The 24-year-old was one of the stars of the show in Spurs’ win at Carrow Road in their final game of the season, setting up the away side’s first two goals in the 5-0 win.

The midfielder was through on goal in the 16th minute after being picked out by Pierre-Emile Hojbjerg and squared it to Dejan Kulusevski to tap home, before he capitalised on Tim Krul’s loose pass in the 32nd minute to pick out Harry Kane, who headed home to double Tottenham’s lead.

Bentancur was replaced by Harry Winks in the 73rd minute and the Uruguayan Football Association have now confirmed that he was withdrawn due to a back problem.

They reveal that the Spurs man will play no part in their upcoming friendlies against Mexico, the United States and Jamaica.

We are certainly fortunate that Bentancur has picked up this injury in the final game of the season. We would have likely struggled had he got injured a game or two earlier as the 24-year-old has quickly become one of our most important players. 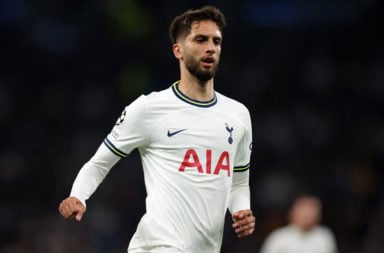