Harry Winks is certainly a figure who divides opinion among the Spurs fan base. While some view him as a very good deep-lying midfielder on his day, others question what the 24-year-old brings to the team.

Other than question marks over his defensive contribution, the main criticism of the midfielder has been his tendency to be conservative with his passing rather than progressing the ball forwards.

Jose Mourinho has previously admitted that getting Winks to be more progressive with his passing was a priority for the England international to improve (Football.London).

The statistics do actually back up the fact that the Spurs academy graduate is now a much more forward-thinking midfielder than he used to be.

Winks ranks extremely high on both counts, proving that he tends to look forward more often than passing sideways or backwards.

This is one area of Winks’ game that has noticeably improved since Jose Mourinho arrived at the club. However, I still do not think Winks is defensively good enough to be paired with someone like Giovani Lo Celso in the pivot. He needs someone like Moussa Sissoko beside him doing the dirty work, allowing him a bit more freedom to play forward. Winks also knows that he has to be at the top of his game if he does not want to lose his place to Skipp, who is extremely progressive in his play. 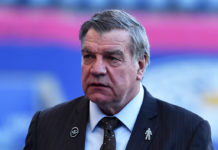