Home News ‘Supposed to be much, much more’ – Del Piero reacts to Conte...
0
SHARES
ShareTweet

Alessandro Del Piero has insisted that Antonio Conte’s decision to ban certain foods at Tottenham will not be difficult for the players to deal with, adding that the 52-year-old could have taken an even more hardline stance on diet.

The Athletic reported last week that Conte had identified that a number of Tottenham players are overweight and so the Italian has prioritised improving the squad’s fitness over the coming weeks and months.

In order to do that, the former Inter boss allegedly banned several food items from the club canteen including sandwiches, ketchup, mayonnaise, brown sauce and butter, while also implementing a more rigorous training schedule.

Del Piero, who played alongside Conte and under the Spurs boss at Juventus, insisted that the move is anything but draconian.

The Italian legend insisted that the Tottenham players need to be prepared to make major sacrifices to ensure they are in the optimum physical state to compete.

When asked about the dietary changes brought in by Conte, Del Piero told ESPN FC: “It’s only five items, by the way, it’s supposed to be much, much more.

“I have a question mark about Pizza because you can deal with that. But the other ones I completely agree.

“We are living in a period of football where alimentation and nutrition, it’s so important.

“Yes, when you play a lot of games on that kind of level, you need to perform at that level, then you need to be perfect. I am sorry, I agree with him.”

The general reaction to dietary changes brought in by Conte has been one of surprise, with many wondering why professional footballers were eating sandwiches and ketchup in the first place.

However, that opinion comes from a fundamental misunderstanding of nutritional science. As someone who is very interested in this topic, it is actually quite unbelievable how little we know about nutrition.

Different athletes at the top of their sports swear by completely different diets including carb-loading, paleo, keto, vegan, carnivore etc.

So, this idea that there is one right food to eat, even for elite athletes, is not borne out by the evidence, even though those who prescribe to a specific diet will swear that they have found the golden formula.

The idea behind Conte deciding to ban things like butter and ketchup is to reduce the players’ caloric intake in order to make them slimmer.

One can argue that a dash of ketchup does not really affect the macros of top-level athletes as long as they eat clean in general but the Italian evidently wants to bring a mindset change in terms of the way the players approach nutrition.

‘Has everything’ – Ex-Dutch international praises starlet scouted by Spurs 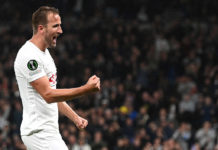 Video: Harry Kane scores four in first half for England against San Marino

‘Supposed to be much, much more’ – Del Piero reacts to...

Spurs legend not sure if two players from Conte’s starting eleven...

‘Has everything’ – Ex-Dutch international praises starlet scouted by Spurs

Video: Harry Kane scores four in first half for England against...

Spurs legend not sure if two players from Conte’s starting eleven...