Three former Tottenham Hotspur players have taken to Instagram to lend their support to Harry Kane.

The Spurs striker ended his silence amid the media attention over his absence from Hotspur Way over the past five days by revealing that he would be reporting for duty today.

Erik Lamela, Joe Hart and Michel Vorm were the trio to reply to the England international’s post.

Lamela and Hart, who both recently departed the club for Sevilla and Celtic respectively, acknowledged the professionalism of the 28-year-old with their comments.

Kane admitted that he was “hurt” by comments questioning his professionalism after reports he missed training.

The forward is reported to have his heart set on a move to Premier League champions Manchester City (The Athletic), with manager Pep Guardiola having admitted yesterday that his side would be interested in bringing him to the Etihad if Spurs are prepared to open talks. 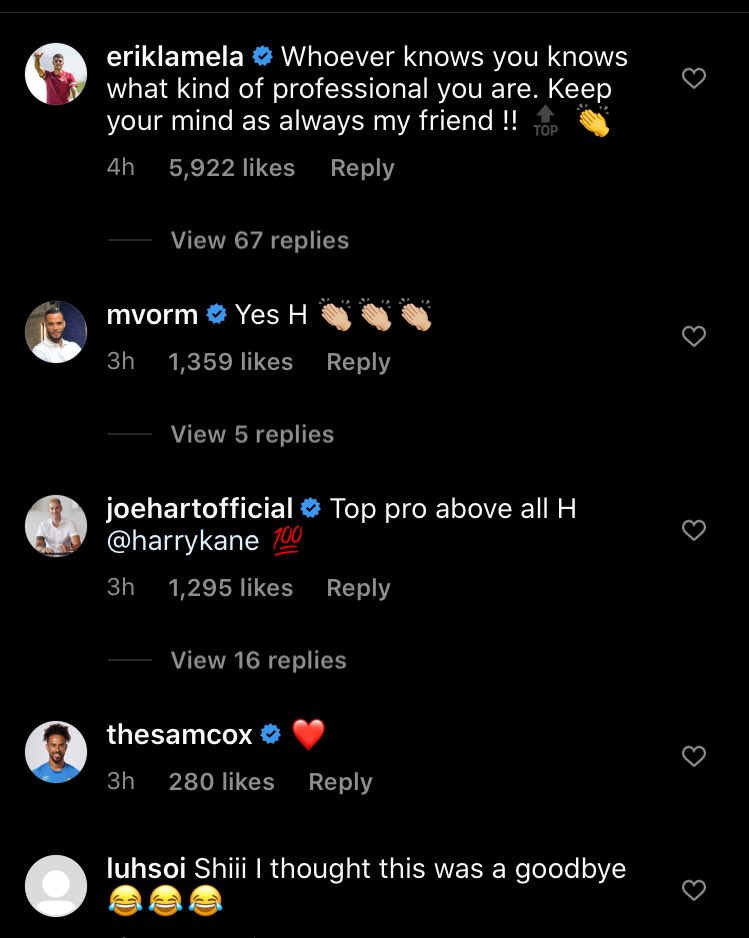 Interestingly, no current member of the Tottenham Hotspur squad has commented on the post, whether that could be under the instruction of the club is a possibility.

It will be interesting to see how the next week plays out with Kane now back at the club, and did not comment either way within his statement whether he wishes to leave or stay – ultimately his future is in the hands of Daniel Levy.

‘There will be no trust’ – Ex-Arsenal man claims Harry Kane...