Tottenham Hotspur defender Serge Aurier has taken to Instagram today to reinforce his loyalty to former side RC Lens.

Aurier posted a caption on his Instagram story (27/8) which read” “Blood red and gold for life, know that!”

The Ivory Coast international had been linked with a possible to move to Lens’ bitter rivals Lille over the past 24 hours.

Fabrizio Romano revealed on Twitter that Lille had approached Tottenham over a move for Aurier as a replacement should current right-back Zeki Celik join Atletico Madrid.

Aurier, who is within the last twelve months of his contract, started his footballing career at Lens where he made 55 appearances in all competitions before completing a move to Toulouse in 2012. 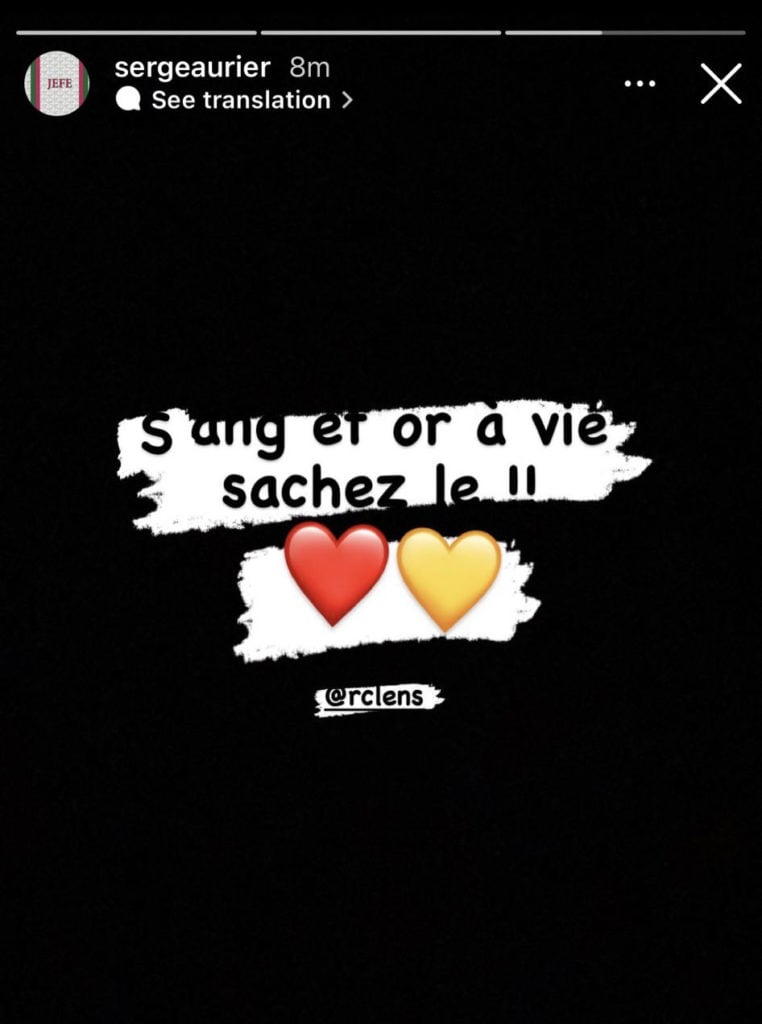 It appears that Aurier has posted the message on Instagram to subtly distance himself with a move to Lille, given his Lens track record.

Spurs will no doubtely be working hard behind the scenes to try and offload the 28-year-old before the end of the month and recoup some sort of transfer fee, rather than risk him walking away on a free next summer.

Tottenham defender appears to rule out move to linked club with...

Guardiola reveals Man City did ‘absolutely everything’ to try to sign...