Troy Deeney has suggested that Antonio Conte could walk away from Tottenham if his side lose to Arsenal this afternoon.

Although Spurs have an excellent home record in north London derbies over the last decade and a half, the Arsenal side they will come up against in a matter of hours are a completely different kettle of fish to the Gunners sides that have visited their stadium over recent years.

Mikel Arteta’s men are sitting pretty at the top of the Premier League table and come into the match high on confidence while the Lilywhites have blown hot and cold over the past few months.

Deeney believes that Spurs are under a lot more pressure to get a result this afternoon than their local rivals.

The Birmingham City striker wrote in his column in The Sun: “Great derbies tend to have a level of dislike and even some hatred between fans. Rivalries can build up, granted, like Manchester City and Liverpool, or Manchester United and Arsenal in the late nineties and early noughties.

“That is because it is a big game but it doesn’t have the same awkward, tense feeling leading up to it. What separates a rivalry from a derby is a genuine fan dislike. I am biased but Aston Villa v Birmingham is one of the best ones, because of the sheer aggression and nastiness in the stands. Irrespective of what that game is going to be like, the noise will be high, the anticipation will be high.

“It is similar to the North London Derby. It is the only real London derby that has that level of intensity. From the outside, there is that intense feeling. I don’t think, for example, Chelsea v Fulham has that. There is a feeling as a player that if you don’t win, the fans could turn on you for the next six months. And, as a manager, if you get turned over 4-0 or 5-0 there will be calls for you to be gone by the end of that day.

“That’s the reason why I feel there is so much pressure on Tottenham. They have fallen so far behind Arsenal. They have flattered to deceive and not only do they need a performance, this is a must-win. There is so much frustration and disappointment that if they lose badly, where next? I don’t see them recovering for the rest of the season.”

Deeney suggested that defeat later today might be enough to see Conte call time on his time at Spurs, givne the way the Italian has been speaking to the media over recent months.

He continued: “The way Antonio Conte has been complaining recently, he may even walk himself after a defeat to rivals and title-chasers Arsenal.

“Somebody like Conte is emotional in his behaviour. He already has reasons as to why he is annoyed, with the quality of the squad and the need for investment.

“A defeat this weekend puts him on the edge of doing something that Tottenham do not want to see happen. And that’s the power of derbies. The outcome changes everything.”

The 34-year-old suggested that Spurs will have to try their best to put Arsenal off as the Gunners have shown to a better side this season.

The Watford legend added: “I am positive the likes of Pierre-Emile Hojbjerg and Cristian Romero will be trying their best to cause little frictions throughout to wind up certain Arsenal players.

“Spurs aren’t even on the same pitch as Arsenal form-wise, so they need to do something to level the scores. Eddie Nketiah will have to be wary of that. This is arguably the biggest game of his career. If he misses a chance and Romero gets all over him, I hope he keeps his head.

“As for Harry Kane, he is one goal from matching Jimmy Greaves’ Tottenham scoring record. It would be so fitting to match and even break that record against Arsenal, does he take every chance to shoot instead of laying it off? This is going to be a proper match and I am hoping there are no red cards. That ruins it.” 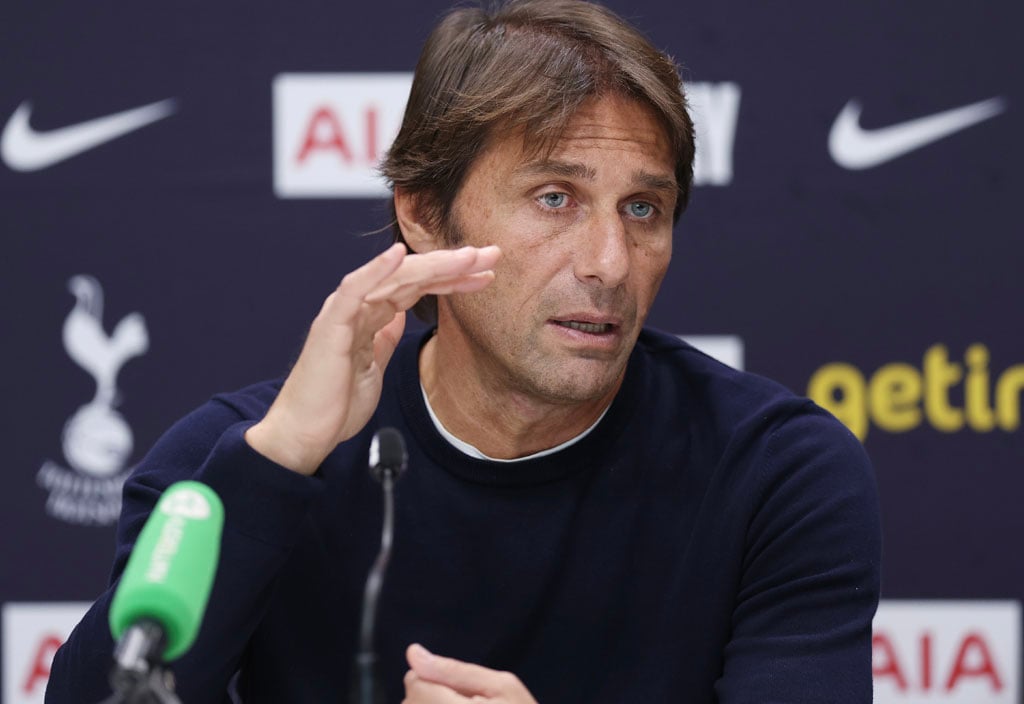 I cannot overstate the importance of this clash. If Arsenal manage to take all three points, it will give them huge confidence that they can win the title.  On the other hand, if Spurs pull off an upset., it would give them some momentum to take into the second half of the season and potentially even open up the possibility of catching their rivals.

While I do not think Conte will walk away if Tottenham lose tomorrow, I do fear that a defeat will create a toxic atmosphere around the club since some fans are already on the edge, and make it extremely difficult for the team recover this season.