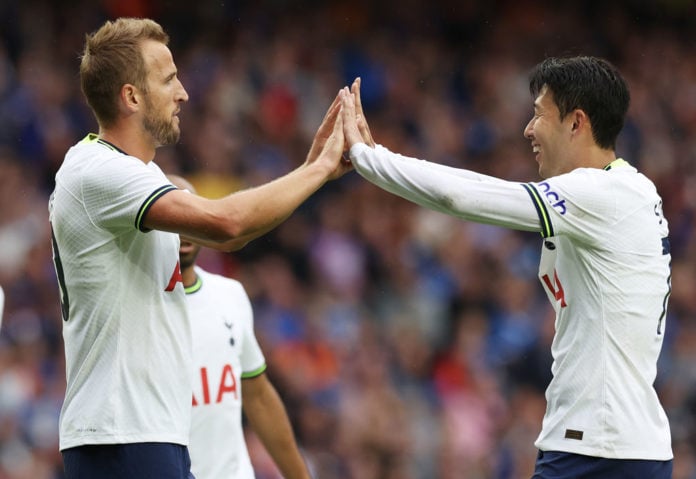 The BT Sport punditry panel were in a difference of opinion over whether Harry Kane can beat Alan Shearer’s Premier League goalscoring record after watching the Tottenham Hotspur marksman guide his side to a 1-0 victory over Wolves.

Kane found himself in the right place at the right time during the second half to nod home Ivan Perisic’s flick on in front of the south stand to break the deadlock against Bruno Lage’s side.

The goal moved Kane to 185 in the Premier League goalscoring charts, which has taken him to fourth in the all-time list, one above Sergio Aguero.

Speaking after the match at the Tottenham Hotspur Stadium, former Chelsea midfielder Joe Cole believes that Kane will surpass the record held by the former Blackburn and Newcastle forward, while Joleon Lescott was less convinced and believes Shearer’s record is safe from the current England captain.

Glenn Hoddle believes there is plenty of creativity in the current Spurs squad for Kane to continue to score more goals.

Kulusevski claims he has ‘never met’ someone ‘as motivated as Conte’

‘Difficult rival’ – Bentancur on facing one Spurs teammate at the...

‘I was not stressed’ – Kulusevski opens up on being dropped...

Fabrizio Romano reveals ‘many clubs’ have ‘looked at’ Spurs star in...