Home News When, where and how to watch Tottenham’s clash against AS Roma

Tottenham will take on AS Roma in their final pre-season friendly ahead of the start of the 2022/23 campaign.

Antonio Conte will be pleased with what he has seen from his players during pre-season so far, with Tottenham emerging unbeaten from the three friendlies they have played.

The players were certainly not given an easy ride in their last two clashes against Sevilla and Rangers, with both matches having the feel of competitive fixtures rather than friendlies.

Their next test will also be quite tricky, with Spurs set to travel to Israel to take on Roma, who are managed by former boss Jose Mourinho.

It will be Spurs’ final test before they welcome Southampton to the Tottenham Hotspur Stadium in their Premier League season opener on August 6.

Here’s all you need to know about Tottenham’s clash against AS Roma:

When is the game?

The match will take place on Saturday, 30 June, with kick-off scheduled for 7:15 pm.

Where is the game taking place?

The match will be held at the 30,780-capacity Sammy Ofer Stadium in Haifa, Israel where the two teams will compete for the I-Tech Cup.

How do I watch it?

The match will be streamed live on Spurs Play, the club’s new video streaming platform. You can sign up by clicking here. 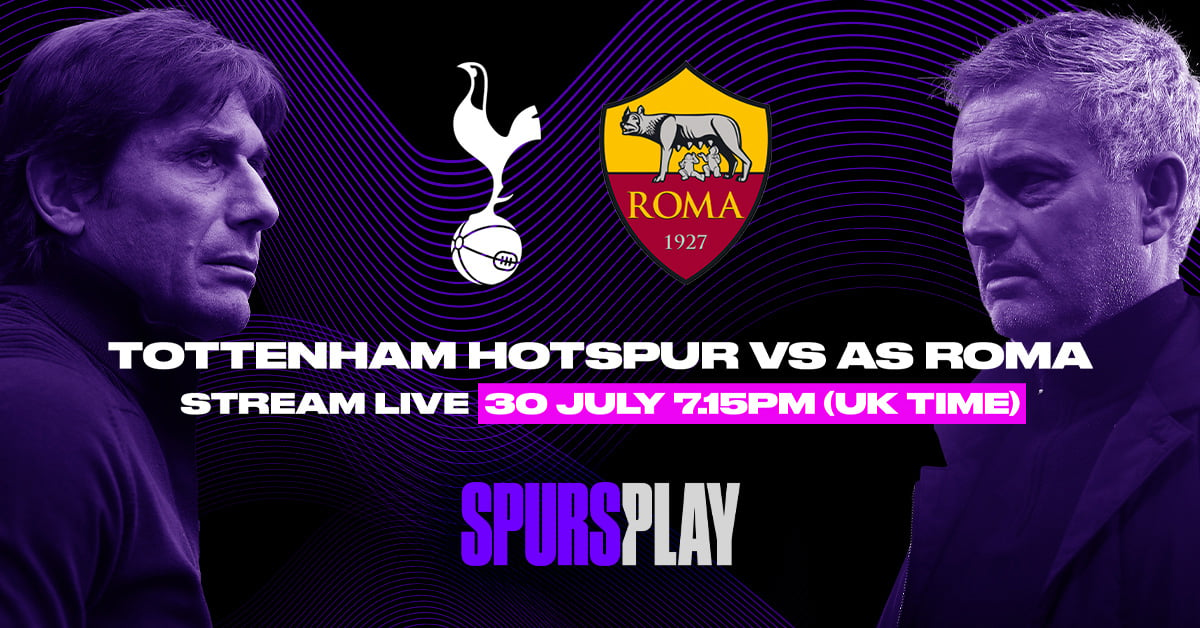 Given the previous bad blood between Conte and Mourinho, this match will be anything but a friendly. Even the press conferences before and after the game should be quite interesting as one would expect Jose to make some snarky comments about his time at the club.

Ferdinand predicts which new Spurs signing will be a ‘difference’ maker...

‘Unbelievable player’ – Son names one new Spurs signing who has...