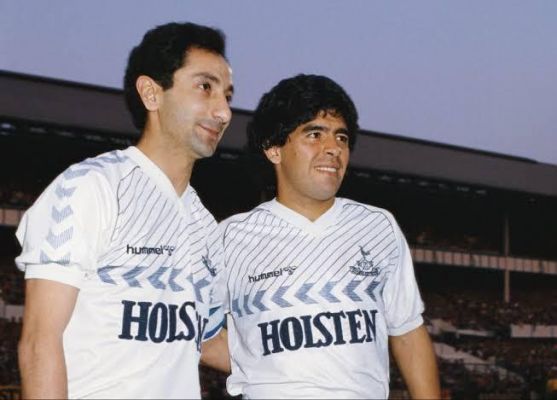 Sure, the design was fantastic. It was certainly one of the most iconic in the Club’s history. But the fact that one of the world’s greatest ever footballers graced this shirt on one occasion perhaps is its greatest attribute.

The great Diego Maradona played for Tottenham Hotspur during Osvaldo Ardiles testimonial match against Inter Milan in 1986. The match was played at White Hart Lane in front of a crowd excess of 30,000. A crowd so big, that the match was delayed by 15 minutes to allow fans into the ground.

Maradona aside, the 1985 to 1987 Tottenham home shirt is simply the best Tottenham shirt from the 1980s. Its half-half design with diagonal stripes printed on the top half of the shirt separated by horizontal arrows was revolutionary.

In fact, it would inspire some of the Club’s future kits, most recently being the 2018/10 third kit, which also incorporated the design to an extent.

Hutton feels sorry for star and backs him to ‘have a...