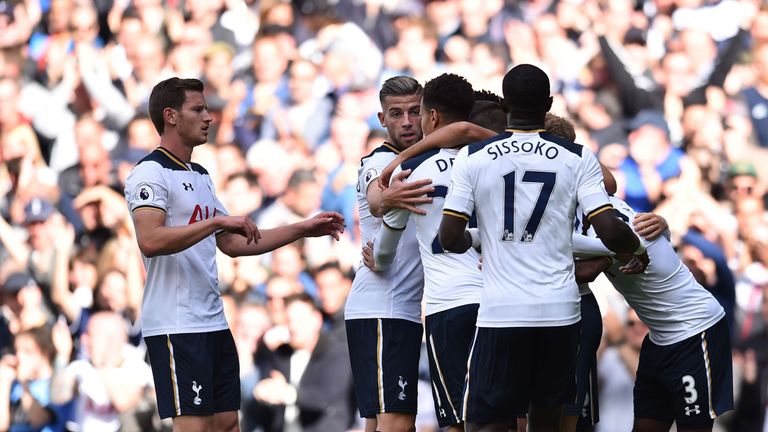 “Pep has suffered his first defeat at Manchester City” was the ecstatic final piece of commentary Martin Tyler gave after yet another victory under magic Mauricio. The ever-so boring  international break has concluded and we return to the exotic surroundings of the Midlands to play the Baggies. A perfect scenario to prevent an ex-Spur Nacer Chadli coming back to bite us on the backside.

Away from the past relations with Chadli, we do have a tough task in hand against a Pulis side who have not lost at home since August and are rather keen to ‘park the bus’ if necessary. In many ways, this trip to The Hawthorns could pose more of a problem than the City game a few weeks ago.

The host like to sit deep and hit teams on the counter with Rondon and ‘cough’ ‘cough’; Chadli bursting forward and hitting teams on the break. But due to the pace in the team, that threat could be blunted by players like Walker and  Alderweireld who will be willing to give chase to any loose balls. A possible danger is the aerial threat which Gareth McAuley and Jonas Olsson provide from set pieces- meaning Lloris will have his work cut out between the sticks.

Although West Brom are eight points below us, it is important we don’t undermine them as we could only manage two one-all draws against them last season. When the going got tough before last season, we would crumble like a digestive being dipped in tea and simply fade away- that has seemed to have changed. Earlier in August we fell behind against both Everton and Liverpool- who are no push-overs and fought back to draw. The mentality has changed and players like Wanyama have come in and steadied the ship even in the absences of Dier and Dembele.

Key Man: Heung-min-Son. We will need him to convert his chances if we are to get an early goal which will prove a tough task for West Brom to handle.

Opinion: What is the point of Giovani Lo Celso at Tottenham?

Opinion: Spurs fans – It’s not the time to hit the panic button

Opinion: Spurs must take advantage of the Son-Kane era while they...

Opinion: Spurs must take advantage of the Son-Kane era while they...