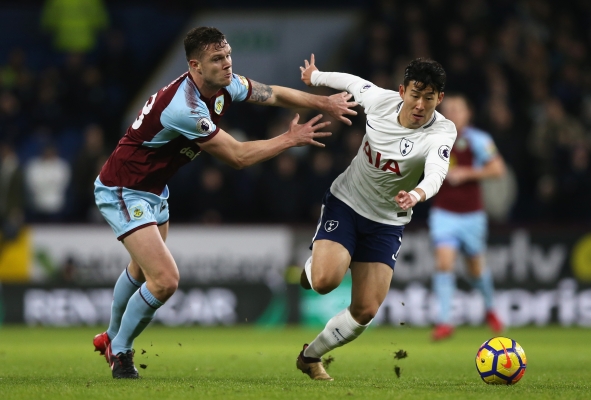 BURNLEY, ENGLAND - DECEMBER 23: Heung-Min Son of Tottenham Hotspur and Kevin Long of Burnley in action during the Premier League match between Burnley and Tottenham Hotspur at Turf Moor on December 23, 2017 in Burnley, England. (Photo by Nigel Roddis/Getty Images)