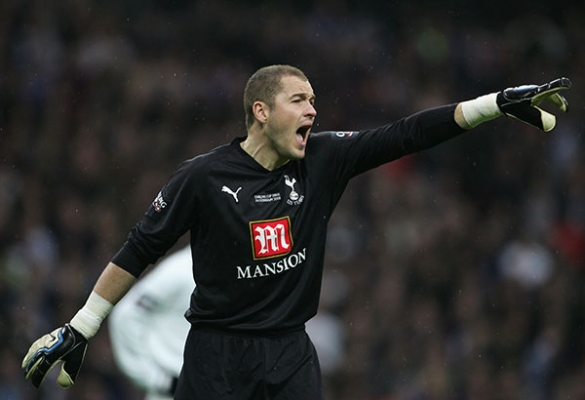 A Premier League stalwart and England international, capped 41 times, Robinson first began his playing career with Leeds United. It was from Leeds where he joined Spurs for a fee of £1.5m.

Robinson, 38, went on to make 137 appearances and even bagged himself a goal, pinging a 95 yarder over fellow England international Ben Foster. That day marked Robinson's only ever career trophy, later joining Blackburn Rovers before ending his career at Burnley, announcing his retirement in 2017.

Nowadays, Robinson is a regular on various football podcasts and even writes his own blog.

After the Lilywhites’ blistering start to the season, there have been murmurings that this could finally be the year boss Mauricio Pochettino finally breaks their trophy duct.

But when was the last time Spurs won a trophy? It was the 24th February 2008, Spurs ran out as 2-1 winners against Chelsea. The first League Cup Final to be held at the new Wembley Stadium, which Spurs would become very familiar with years later. Here’s who started that day.

‘A bit of hope’ – Some Spurs fans react to Wolfsberger win

Jose Mourinho on Dele’s goal and performance against Wolfsberger

Opinion: Five things we learned from Tottenham’s win over Wolfsberger

‘A bit of hope’ – Some Spurs fans react to Wolfsberger...